A follow on from the History of Ziontech (Pt1) blog post and how things have changed in the industry in the past 20 years.

So it’s 2016, which marks a big milestone for me. It’s 20 years since I started out in this industry. If you had asked me in 1996 what I would be doing in twenty years time, I doubt that I would have said “building websites”. In fact this was all so new back then that I doubt any of us involved in it would have guessed that we would have come this far.

Just so you can get to grips with where I’m coming from, here are a few facts about the state of the internet in 1996. 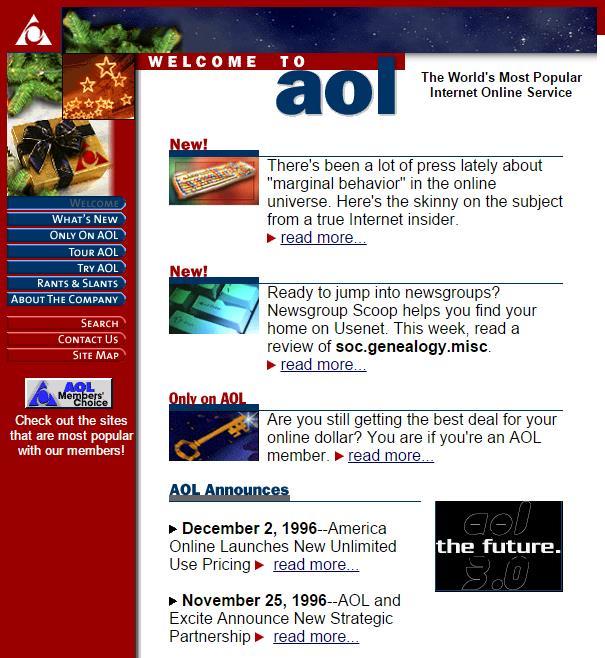 Web design as an industry was just starting to take off, and when I say take off what I really mean is that there was now a handful of companies calling themselves “Web Designers”. The UK’s first web design agency, Webmedia, was only 14 months old in 1996.

Web design wasn’t really that good either - well, I know we had a few technical restrictions but it really was pretty dire. This was AOL’s homepage in 1996, considering it was the most popular site in the world at the time I think you get some idea of what I mean.

Since early 1995 I had been spending a large amount of my time “surfing” the web. It was time consuming partly because it was all so fascinating and new and partly because loading the next web page usually took a few minutes!

Having moved back down to Dorset from London I was on the lookout for a new job. I happened to see that a company in Wincanton (of all places) was advertising a position for a “web designer”. With my background in programming and my (pretty extensive) experience of the web at the time, I thought “How hard can this web design stuff be?” 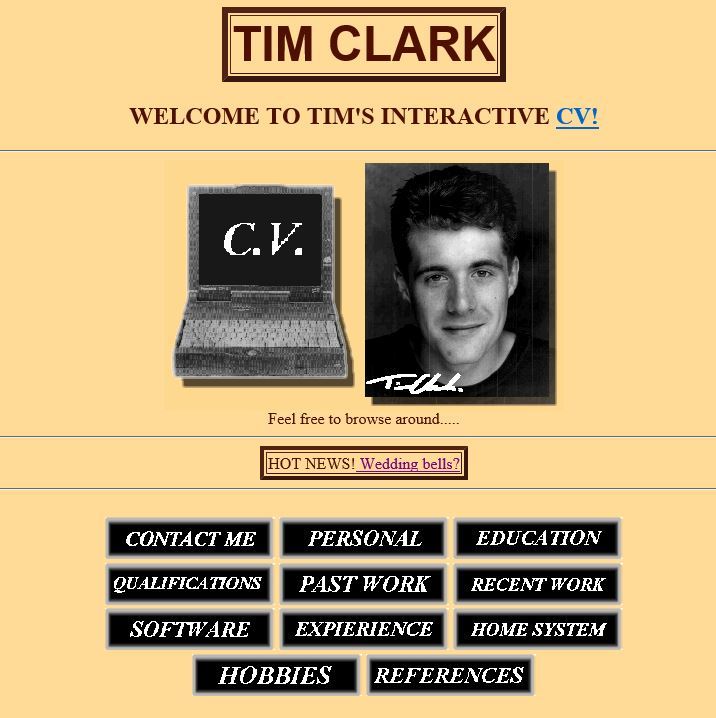 After all from design point of view it was pretty rudimentary and from a coding perspective unbelievably basic. It took about a day learn HTML and have my first website up and running - which, cleverly I thought, was my CV. Which I sent over to the company in Wincanton. Perhaps they failed to notice that I had just come up with the concept for Jobs.com and the basics of LinkIn, either way I didn’t get the job.

However what I did get was an insight into just how basic the whole industry was. Coming from a programming background I just didn’t even consider it to be coding - All it was was a bunch of linked text files, some imaginative markup and a few images. I began to create all kinds of websites for myself and a few friends.

One of my close friends at the time had some business contacts and suggested that we might go into partnership together, with him selling and me building these websites. And thus in January 1996 Wisdom Internet was born.

After some initial success and a pretty impressive client list (some of whom are still clients to this day) my friend managed to get himself enrolled onto a fine art degree course in Cheltenham. Needless to say our embryonic business suffered. We determined to split the business and go our separate ways. I took my clients and changed the business name to Covenant Computing. 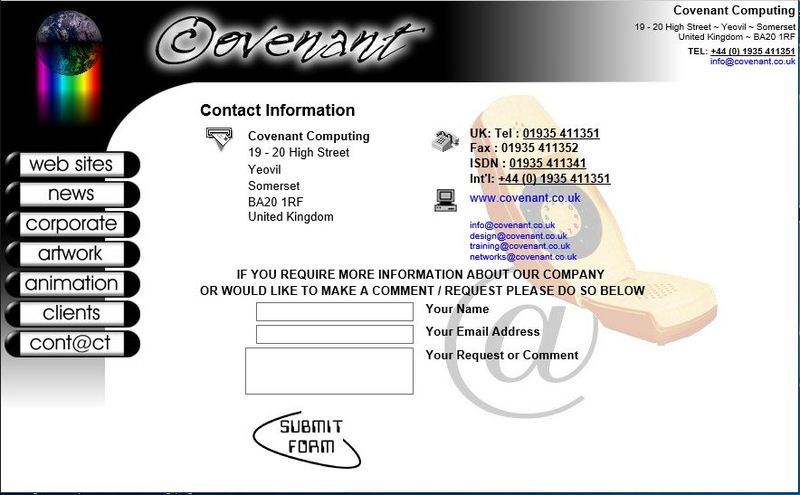 Working in the Early Years of the Web Design Industry

In 1996 having a business website was not considered the vital element it is today. Most of my time was spent trying to convince companies of the value of having a web site - some people even doubted that owning a domain name was a necessity, preferring instead to piggyback on ISP domains. I remember having conversations with clients explaining to them that one day some companies would be known by their domain name alone. Bear in mind that at the time even email wasn’t a business norm, having your Fax number on a business card was far more important than an email or web address.

Having said that, these were exciting times. Working on the cutting edge of not only new technology, but an entirely new industry meant that half the time I was as much in the dark as my clients. It really was like the wild west with prospectors staking claims. The industry was still very much in it’s infancy and yet to reach the all-out corporate brutality of the coming .COM boom and bust years. We felt like we were part of something huge, but didn’t really understand what it was or how it would all work out. Even Internet evangelists like me could never have predicted just how huge it would become or how it would impact every part of our lives as it does today.

Every website I built was what we would today call a “Static Brochure Site”. We were a long way off from CMS, image uploads and database driven websites - even E-Commerce was extremely rare at the time.

As all website changes would come via me I soon found myself in position where I was struggling to keep up with finding new work, building new websites and keeping existing sites updated.

It was time to think about staff!

Take a look and the History of Ziontech Pt1 here