Data has been transmitted over distances via non-electronic means since the beginning of communication, be it smoke signals, beacons, reflected light or flags. It wasn’t until 1791 that the first successful semaphore network was invented by Frenchman Claude Chappe, transmiting the message “si vous réussissez, vous serez bientôt couverts de gloire” (If you succeed, you will soon bask in glory) between Brulon and Parce, a distance of nearly 10 miles. 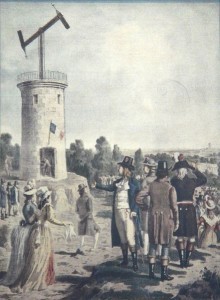 However, the real game changer was electricity – the early 1800s saw various experiments and trials using electrical telegraphs but it wasn’t until 1844 when Samuel Morse sent the message “WHAT HATH GOD WROUGHT” from the Capitol in Washington to the old Mt. Clare Depot in Baltimore that the idea of long distance or even global communications became a real possibility. The overland telegraph connected the west coast of the United States to the east coast by 24 October 1861, bringing an end to the Pony Express. 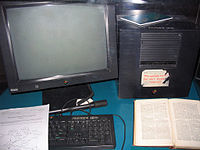 Telephones, teleprinters, telex and fax machines followed but all relied, in one way or another, on point to point technology. However in 1965 the US Government agency DARPA (Defence Advanced Research Projects Agency) commissioned a study of decentralized switching systems. The project was called ARPANET (Advanced Research Projects Agency Network). In the late 1960s many networks had been deployed by academic institutions and government agencies. 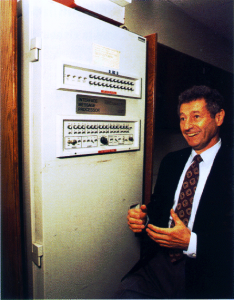 The ARPANET in particular led to the development of protocols for “INTERNETworking”, in which multiple separate networks could be joined into a single network of networks. The primary reason for this was to create built-in resilience to network failures by allowing data multiple routes to the same destination. It is mistakenly believed that ARPANET was designed to survive a nuclear attack but in reality it was more about the unreliability of the technology of the time. The TCP/IP protocol used by ARPANET forms the basis of the Internet we still use today.

The first message on the ARPANET was sent by UCLA student programmer Charley Kline, at 10:30 pm on 29 October 1969, Kline transmitted from the university’s SDS Sigma 7 Host computer to the Stanford Research Institute’s SDS 940 Host computer. The message text was the word “login” – Unfortunately the system crashed after sending the first two letters – So really the first message sent over the fledgling internet was L O – inadvertently inventing txtspeak at the same time! 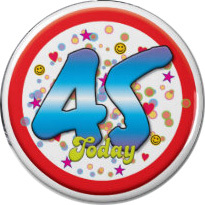