Social media can be an extremely beneficial marketing tool especially as it is a platform that many people are now familiar with, for example social networking sites such as Facebook and Twitter are widely used by an extremely large amount of people.

Today, social media expands overall reach, and  builds a much wider audience for your business. It enables the business to interact with customers meaning they can get feedback and opinions from the market providing an excellent means by which a company can not only demonstrate their expertise in any given area, but they can also create a brand personality. Unlike other traditional marketing methods, social media is less costly yet has the potential to reach a lot more people. A major benefit of social media to a business is that it creates new markets allowing growth into totally unanticipated new areas. 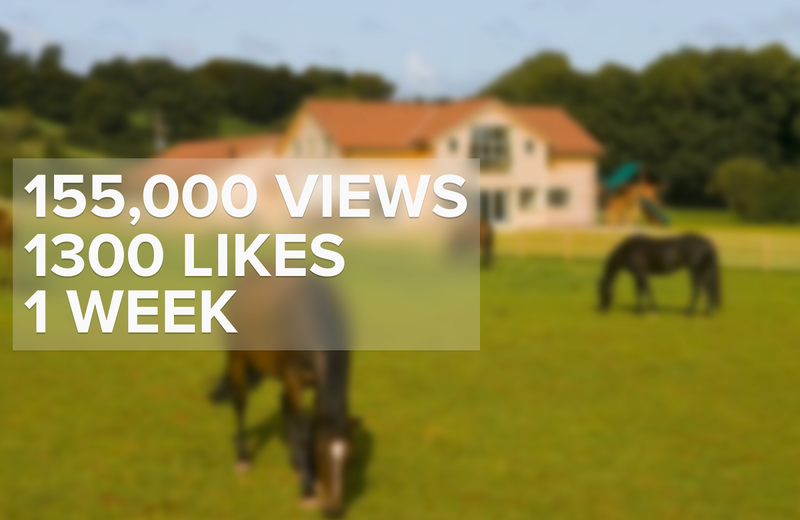 One of our clients, Sleeps12.com, have recently used social media to promote their business. We recently set up their Facebook page and needed a way to gain an audience. In order to build the audience Sleeps12.com approached us with the idea of creating a competition as a method of gaining likes. 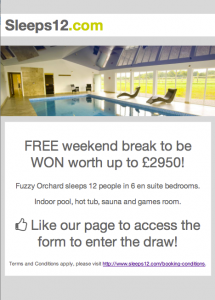 We created a competition for them on Facebook for a chance to win a weekend break. Over a short period of one week this competition took their page likes up to 1300 from less than 50. The competition post was promoted via Facebook advertising and was seen by 155,072 people! The way in which this was achieved was people had to like the Facebook page to access the form to sign up for the competition. This also therefore, meant that more people joined their mailing list.

By giving people an incentive to like their Facebook page Sleeps12.com were very successful in expanding their audience. This competition has opened the door for Sleeps12.com to be able to effectively engage with customers on Facebook. For example, a post after the competition had an over 1000% increase in likes in comparison to a post before the competition!

Having your presence on social networking sites doesn’t automatically build you an audience. Therefore, after seeing the huge success of Sleeps12.com’s competition on Facebook we would like to try to encourage more of our clients to follow in their footsteps. This was an extremely quick and beneficial way of gaining likes for their page and build an audience in which they can actively engage with.